Mr. James Jonas Baynard, was born in Wilmington, Delaware on January 1st, 1952.  Because he was always known to dress sharp and clean, “Ajax” became his signature nickname. While performing with The Dynamic Concepts musical group, Ajax attended Delaware University  before ultimately traveling to New York City with the De-lite records recording group “The Crown Heights Affair”.

For over 40 years, James “Ajax” Baynard was a bandleader, entertainer, trumpeter, music instructor and vocalist for numerous special occasions and was always the consummate entertainer.  He had either performed or recorded music with groups and artists such as Denroy Morgan (I’ll Do Anything For You), Jocelyn Brown (Somebody Else’s Guy), LL. Cool J. (Mamma Said Knock You Out), The Fat Back Band, Wilson Pickett, Sam & Dave, Jeffery Osbourne, The Invitations, and many others.

He would also play at many functions in the Tri-State area for various wedding bands such as Ken James Orchestras, New York City Swing, Stephen Scott Orchestras, Sky Lite Orchestras, as well as being a bandleader for his own wedding engagements and private parties, etc.  His accolades consisted of performing as a special guest artist at a United Nations Staff Day concert and being a featured role as an actor/vocalist in the Scott Joplin opera entitled “Treemonisha”.
​
On Friday, February 20, 2015, James “Ajax” Baynard’s life suddenly ended, but his spirit continues to shine through his family, friends and fans.  He had a passion for music and it showed whenever he traveled, whenever he taught children music lessons, or whenever he held a microphone. 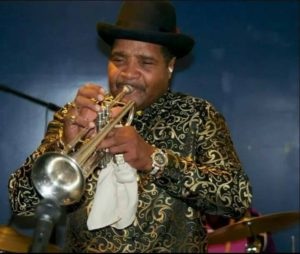 One high school graduate or college student who is majoring in Music Performing Arts or Music Education studies, while maintaining a GPA of 3.0 on a 4.0 scale and demonstrating financial need.

Students are encouraged to submit an essay of financial need and interest in the award.

A Copy of your college acceptance award.

Via portfolio and application, the student must prove to be of substantial talent and show promise for continued excellence in music. One candidate will be selected after a vote by members affiliated with B.E. Media and Designs, LLC.  There will be a strong focus on incoming freshmen; however, current students and transfer students are eligible to apply.

Award
This is a one-time $500 scholarship.

Disbursement
* Scholarship funds will be paid in September  for the first semester of the student’s first year directly to the college and not to the student. It will be the student’s responsibility to submit to the Foundation at that time an invoice for the fall semester tuition and fees, student ID number and college information.

Funds to assist with tuition will be awarded for the upcoming school year to one applicant that applies with B.E. Media and Designs, LLC before the deadline.

If you'd like to donate to this scholarship.  B.E. Media and Designs, LLC thanks you in advance for your donation.